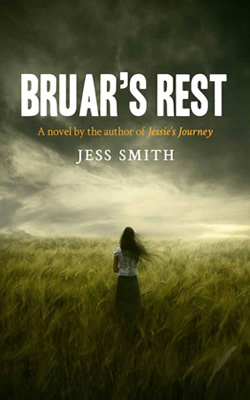 Available from Amazon, Booksource and most book shops

The story is set in the early years of the 20th century,follows the fortunes of its characters from the north coast of Scotland to First World War trenches, rural Northumbria and North Yorkshire to post-war Ireland. Along the way we meet an amazing array of characters, some Travellers, some not but all have a story to tell, all have suffered and many have inflicted suffering on others. Alcohol abuse, sexual infidelity, death from natural causes and unnatural causes, conflicts between Travelling and settled communities-all are dealt with in a sympathetic manner that makes the reader want to know more.

The novel begins in Durness, where a Traveller, after marrying drunken peat cutter Rory Stewart, dies giving birth to their second son. Her death was foretold by the seer of Balnakiel, and in a fit of rage Rory takes out one of the Seers eyes. Rory disappears, leaving his sons Jimmy and Bruar in the care of Helen, their aunt, in Durness. Years later he returns, and swearing he is off the drink, takes his boys on the road. Rory's battles to resist the bottle are key features in the early part of the novel. It is during a winter storm that they save another Travelling family-mother and two daughters-from freezing to death in a blizzard. Inevitably the boys each fall in love with the daughters and Bruar and his fiery love, Megan wed according to the traditional Tinker customs. Then in 1914 Jimmy and Bruar, join the war effort. Bruar and Megan are seperated by the conflict. He is missing and she desperately needs to find him. The bulk of the novel is about her attempts to discover where he. A task made all the harder by her illiteracy and the prejudice faced by Travellers, something that sadly still exists today.

There are several impressive features about this book. The author demonstates she can handle a complex, multi-layered plot, without ever losing her way. Her grasp of characters is fine indeed, whether it it is the drunken Irish Tinker who mourns for his native land or the elderly settled doctor who treats the Travellers as equal or the matriach Mother Foy who takes Megan under her wing. Her descriptions of the WW1 trenches are particulary impressive. Her background means that from the cradle she was immersed in the oral storytelling tradition,and this comes through on the written page. Her use of myth and symbol, whether it be the one eyed Seer or the entwined adders as a metaphor of sexual union or Buckley-the personification of evil-biting the head off a live hedgehog, is gloriously explicit and sets the tone for scene after scene. She shows a grasp of myth far beyond these shores. Megan's search for Bruar is a wonderfully creative adaption of Homer's ancient greek tale 'The Odyssey'. as in Homer, Megan's search is neither simple nor linear, but involves her getting sidetracked, travelling further away from her goal, risking her life and even on one occasion getting embroiled in a love affair. She is constantly faced with the temptation to give up her search, and many people - both of good and ill will- urge her to forget Bruar. But,like the 'Odyssey' she manages to get back on track. The author's love of the Gypsy life and her fondness for the north west tip of Scotland shine through. Yet she manages to avoid sentimentality. the hardships are described in detail, often with unrelenting realism. This book is a far cry from the romanticised vision of life on the road we get in so many novels, and it is all the better for it. Review by Kevin Crowe in " BOOKENDS"

Published in October 2006 by Mercat Press.